Home » Events » From Australia to New York: Bringing Holocaust Survivors to Living Rooms Around the World

Events - From Australia to New York: Bringing Holocaust Survivors to Living Rooms Around the World 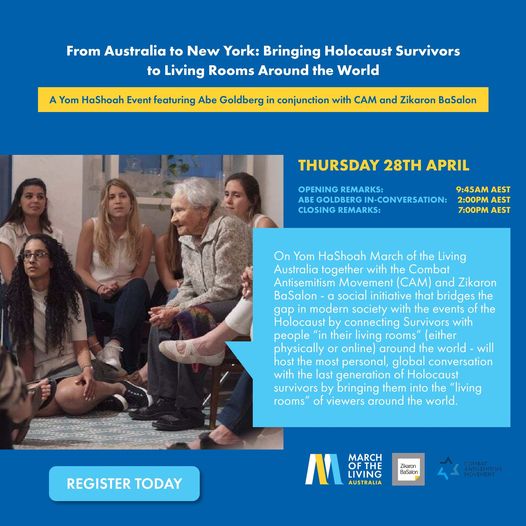 On Yom HaShoah, March of the Living Australia together with the Combat Antisemitism Movement (CAM) and Zikaron Basalon – a social initiative that bridges the gap in modern society with the events of the Holocaust by connecting Survivors with people “in their living rooms” (either physically or online) around the world – will host the most personal, global conversation with the last generation of Holocaust survivors by bringing them into the “living rooms” of viewers around the world. This special event will feature Melbourne’s very own Abe Goldberg OAM.