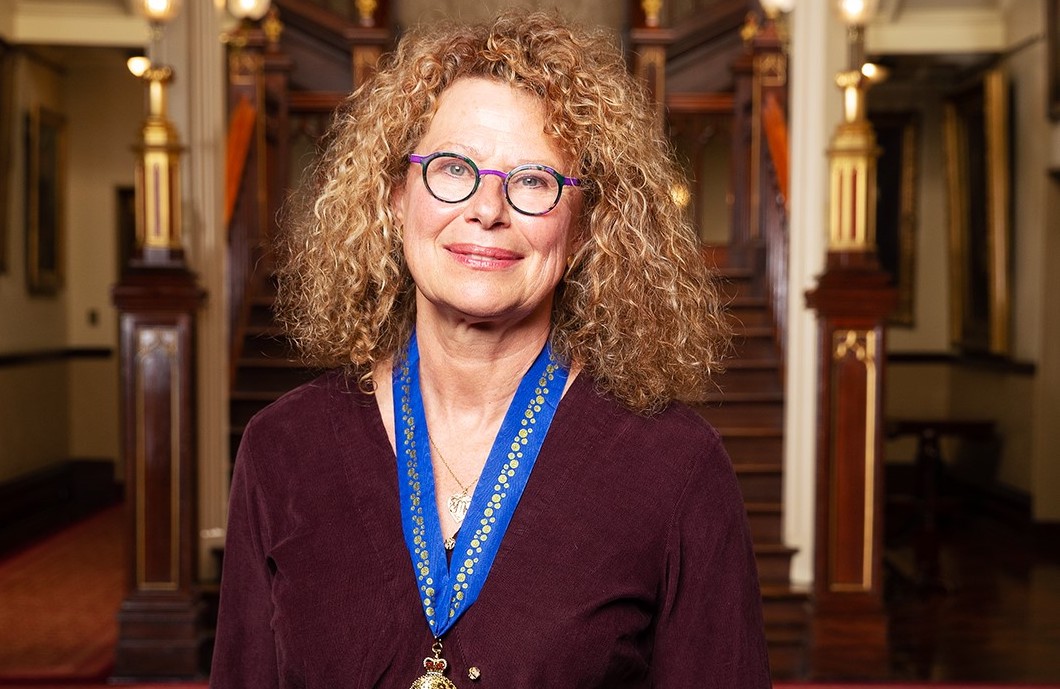 Over four sessions, this course will take you on a fascinating journey through some little talked about aspects of the Jewish story in Australia and beyond. From how Christian newspapers covered the Holocaust to the surprising co-operation of Jewish and Christian scholars in biblical studies; from Jewish ‘saints’ to Jewish scientists; and from women of valour to Jewish involvement in the arts, alongside prohibitions against imagery, this course will open your eyes to the ramifications of religious belief on society.

You will read a selection of essays from Rachel Kohn’s The Other Side of the Story: Essays on Jews, Christians, Cults, Women, Atheists and Artists and discuss them with the cohort, while items from the Museum’s exhibitions and holdings will enrich the discussion.

Jews and Christians, Together and Apart
During the Second World War, the church press in Australia reported on the unfolding story of Nazi takeover of Europe often with scepticism – and occasionally with sympathy – for the persecution of Jews. This session explores the relationship between Christians and European Jews in Australia, touching on issues like Christian views on Jewish immigration to Australia and Palestine, the assimilation of Jews into Australian society, and what came out of Christian missionaries wishing to ‘help’ the Jewish migrants.

Women in Australian Religion
The canonisation of Australia’s first saint Mary MacKillop, raises the question of what constitutes sainthood. This session explores Mary MacKillop as ‘a woman of valour’ from the Hebrew Bible’s Book of Proverbs, touches on the stories of Jewish women like Fanny Cohen and Gladys Marks, and delves into the relationship between women and cults in Australia and beyond.

Distinctive Characteristics of Jewish Thought
This session explores ‘saintliness’ in Jewish thought, with its profound (but not exclusive) connection to Kabbalah and Jewish mysticism generally as well as ‘the law’. These ideas are compared and contrasted with Jewish responses to ‘scientific knowledge’ and specifically Darwin’s theory of evolution. We will also explore Jews and violence, and the reasons for Judaism’s history of non-violence and the modern transition to a country with a standing army.

The Art of Spiritual Expression
The claim that ‘Jews are not artists’ because Judaism forbids the creation of images as expressions of idolatry stands in contrast to the abundance of poetry and music in the Bible and the early depictions in ancient synagogues. This session explores Jewish arts from impressionists like Modigliani, Pissaro, Sisely, Soutine, Chagal to modern abstract artists like Lee Krasner, Sonia Delaunay, Roy Lichtenstein, Hans Richter and Mark Rothko, and engages with the concept of the sublime in art, which surpasses words and in the case of abstract art, representational figures.

Facilitator: Dr Rachael Kohn AO, FRSN taught Religious Studies at universities in Canada, Britain and Australia, was the producer and presenter of radio and TV programs on Religion for the ABC, Australia (July 1992–Dec 2018). She received multiple awards, including for her best-known program The Spirit of Things. She is the author of The New Believers: Reimagining God and Curious Obsessions in the History of Science and Spirituality, and The Other Side of the Story. She recently edited Fear and Faith: Christian, Jewish and Evolutionary Perspectives.