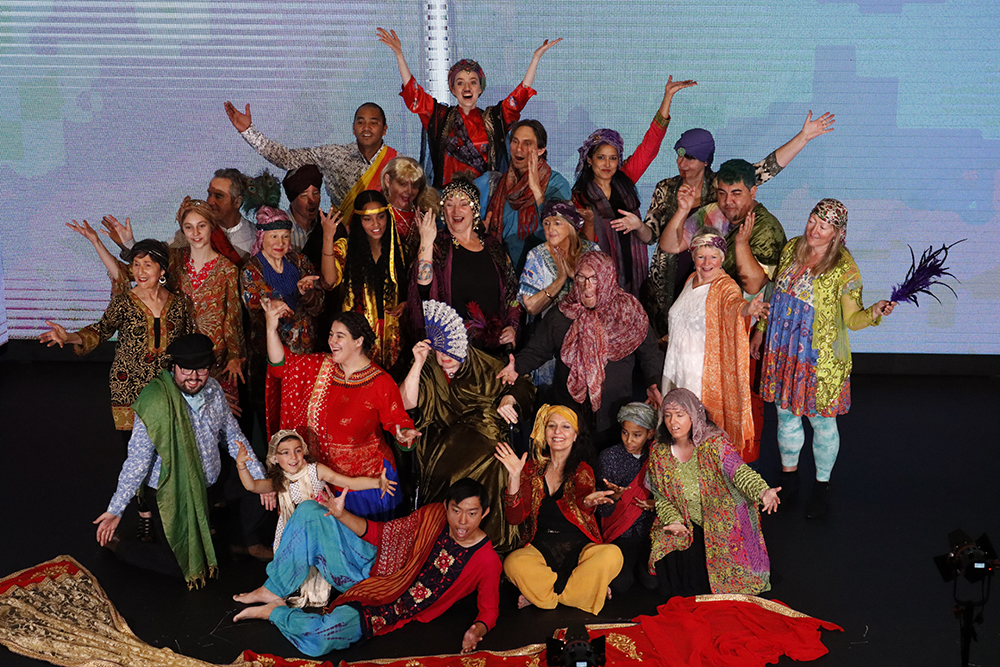 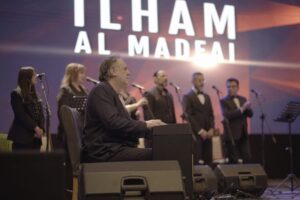 Some 20 years ago in London I was invited to play on an album with legendary and beloved singer in the Middle East, Ilham al Madfai.

The track I played on was entirely Arabic and I played jazz over it, which sounded incompatible to me.

I received news some 2 months later that the track, EL TUFAH, (THE APPLE), was number 1 all over the Middle East.

I was then invited to record and broadcast from Beirut.
Next stop the Cairo SOS festival.
Then Riyadh, where music is illegal under Shariah law, so we had to perform at the French Embassy. We were deported after 3 concerts and sent to Bahrain. They had to bring a piano across the desert for me.

Just before the lockdown in super modern theatres in UAE SHARJAH and then a huge concert at the behest of the King of Jordan in Amman. 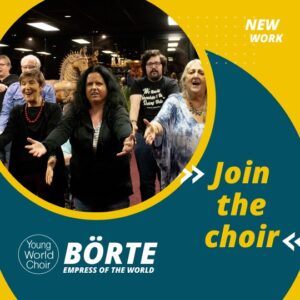 While I was in London, I was invited, and despite security threats, dust-storms, a civil uprising fermented by Iran, I travelled to Baghdad and performed at the National Theatre there with 17 piece band in a hugely emotional homecoming concert, which saw tears, and a documentary made of it and most of the Middle East press corps turned up.

Just as I was made an honorary Jordanian in Amman, similar here in the beautiful but truly ruined city that is Baghdad.

“An Australian in Baghdad” was the concert done this week with Israeli singer Vered Harel, and Iraqi born, and fled from Tunisia 5 years ago Ahmed on assorted Arabic devices, the wonderful inclusive and inter generational YOUNG WORLD CHOIR, and assorted stills and tales from the Tigris.

So successful was this event we are repeating the dose on July 13th at Armagh 7pm.

Over the past 20 years I’ve also taken numerous acts from London to the Hong Kong Festival every January when Benny Chia was the Artistic Director.

More recently I’ve got involved with the music of Vysotsky and cultural elements of Eurasia. 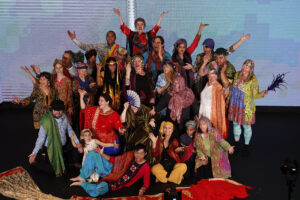 Last Friday began an extraordinary story from Kazhakstan, their Government, a cultural opportunity, an invitation to perform in Almaty, to present the English world premiere of a piece about Borte -Empress of the World, and wife of thirteenth century Emperor, Genghis Khan.

There is a crucial element here of social inclusion of my theatre company who did NIGHT OF BROKEN GLASS, the Kristalnacht and William Cooper: Aboriginal connection and giving a voice to the homeless.

All these opportunities are unique, humbling, and a privilege to share cultural exchange and party of my mantra  that music transcends borders and language.

Currently doing both fundraisers for Borte and inviting participants across the age divide, experienced, amateur, able- or less so, to become our ensemble. Rehearsals begin this week Sunday mornings and Wednesday evenings with the full show presentation first week in October.
Warren Wills composer, director, educationalist and now roaming cultural ambassador, to far flung lands. With a message of inclusion. “Music transcends borders”.