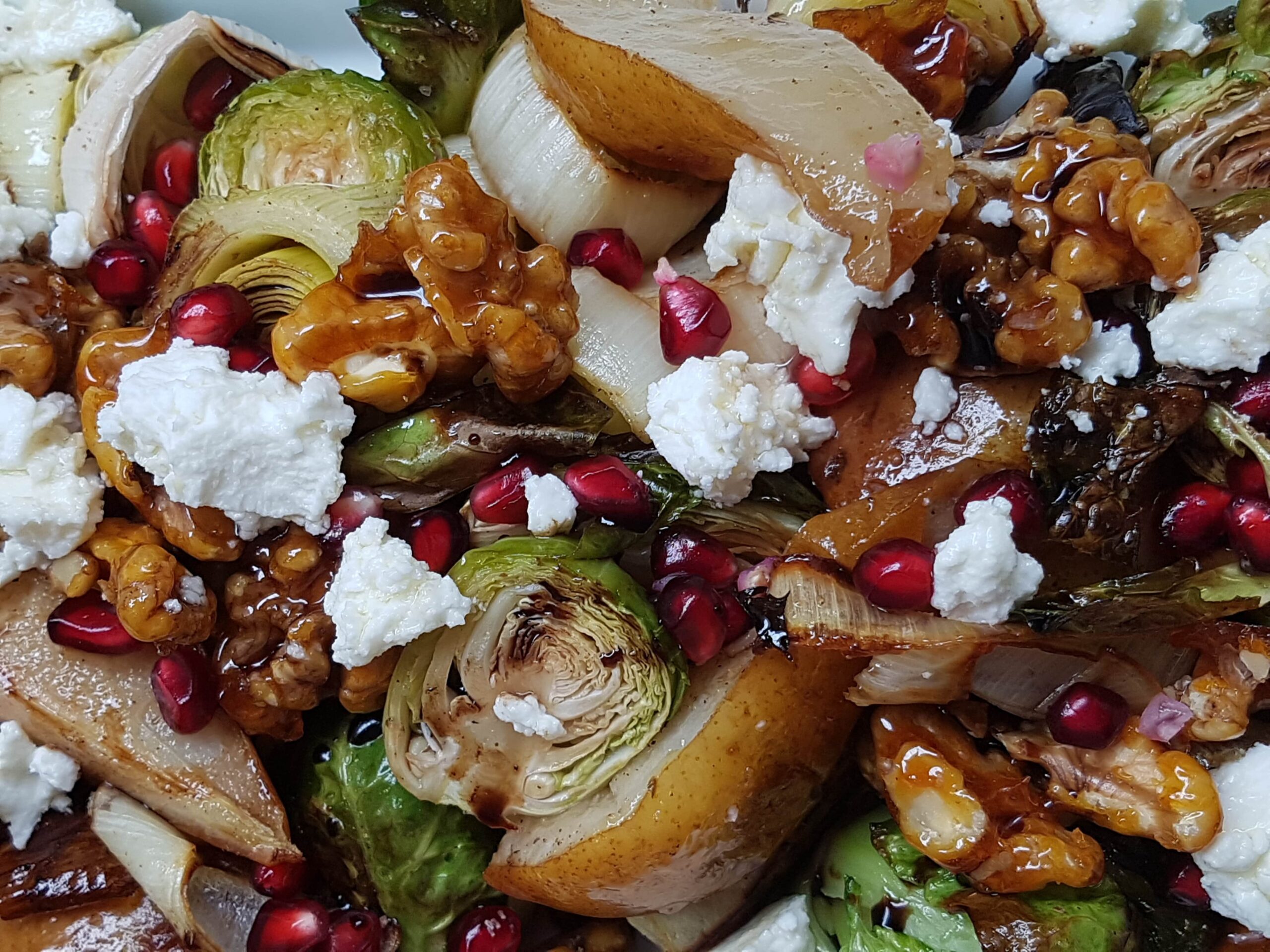 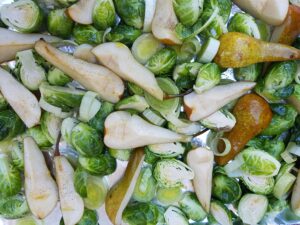 Salt and liberally pepper brussels sprouts, leek rounds and pears, toss in extra virgin olive oil and roast on a sheet pan for 25 to 30 minutes, turning the vegetables once during cooking, until burnished/browned and pears are just tender when pierced with a skewer. Remove from oven and cool.

The Walnut Brittle
Meanwhile, prepare walnut brittle. Line a sheet pan  with foil and lightly grease. Set aside. In a small saucepan over medium heat, melt sugar and water then simmer until caramelized and golden in color. Remove from heat and quickly add in walnut halves and mix carefully. Spread mixture out onto the prepared sheet and leave to cool. Break brittle into pieces and set aside.

Assemble
Toss sprout/pear mixture with walnuts and balsamic. Taste and adjust for salt and pepper (you can be generous with pepper, it sets the flavors). Garnish with pomegranate and feta.