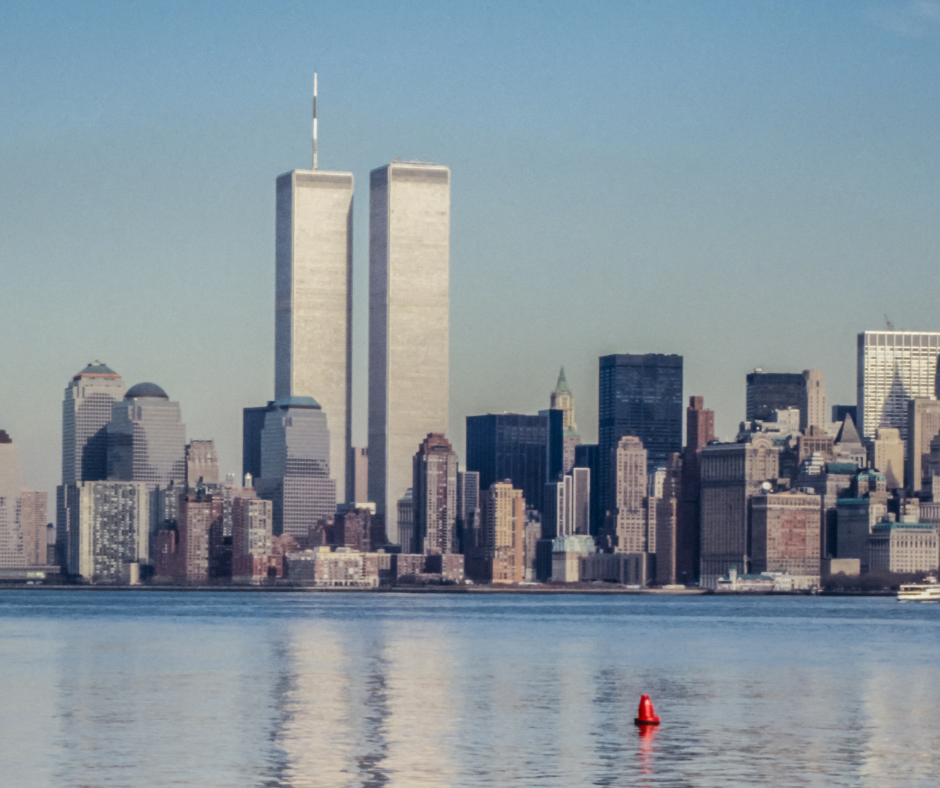 20 years ago today I was watching the Today Show while talking to a nurse at Columbia Presbysterian Hospital in New York where we had spent the better part of the past 3 months since Jade was born. We watched a plane hit the World Trade Centre. A moment later Greg called to say that I should let mum know that we are ok. I didn’t think much of it until we watched the second plane hit the next tower. The situation got very real very fast. Greg was working at Credit Suisse at 23rd and 5th Avenue. Everyone was evacuating his building and he was trying to make his way to us in Harlem.

Not wanting to take a subway he was racing uptown, and withdraw money along the way at an atm. Consciously avoiding Time Square and Penn Station he eventually made his way into a taxi. We lost contact along the way as the phone network was overloaded. Everywhere became a potential target, even the hospital. From the hospital window I could clearly see the smoke and fire from the towers. It looked like a scene out of a terrorist movie. It was several hours before Greg made it up to the hospital on 125th St and I knew he was ok. The hospital staff discharged everyone other than us that day in order to  make room for the victims. It was the first night in 3 months that we had the room to ourselves and the first night we would have been happy to share the room with anyone. The victims never made it to the hospital.

On the positive side the feeling of community in New York was so strong. The gratitude and care was alive and well in spite of the heavy feelings of loss and fear.

The feeling that you never knew if it would happen again stuck with us for a long time. It took six months for us to venture down into the subway. Even when we moved back to Australia and headed to shule the fear that another attack was looming has stayed with me. Our last trip to New York, 20 months ago, was the first time we headed down to the 9/11 memorial.

20 years later the Taliban is back in power and we are living in Australia under lockdown and with a curfew. Who would have thought?! There are many definitions of freedom and multiple ways to define yourself in these moments.