Home » Antisemitism: The many faces & how we can turn the tide

Antisemitism: The many faces & how we can turn the tide 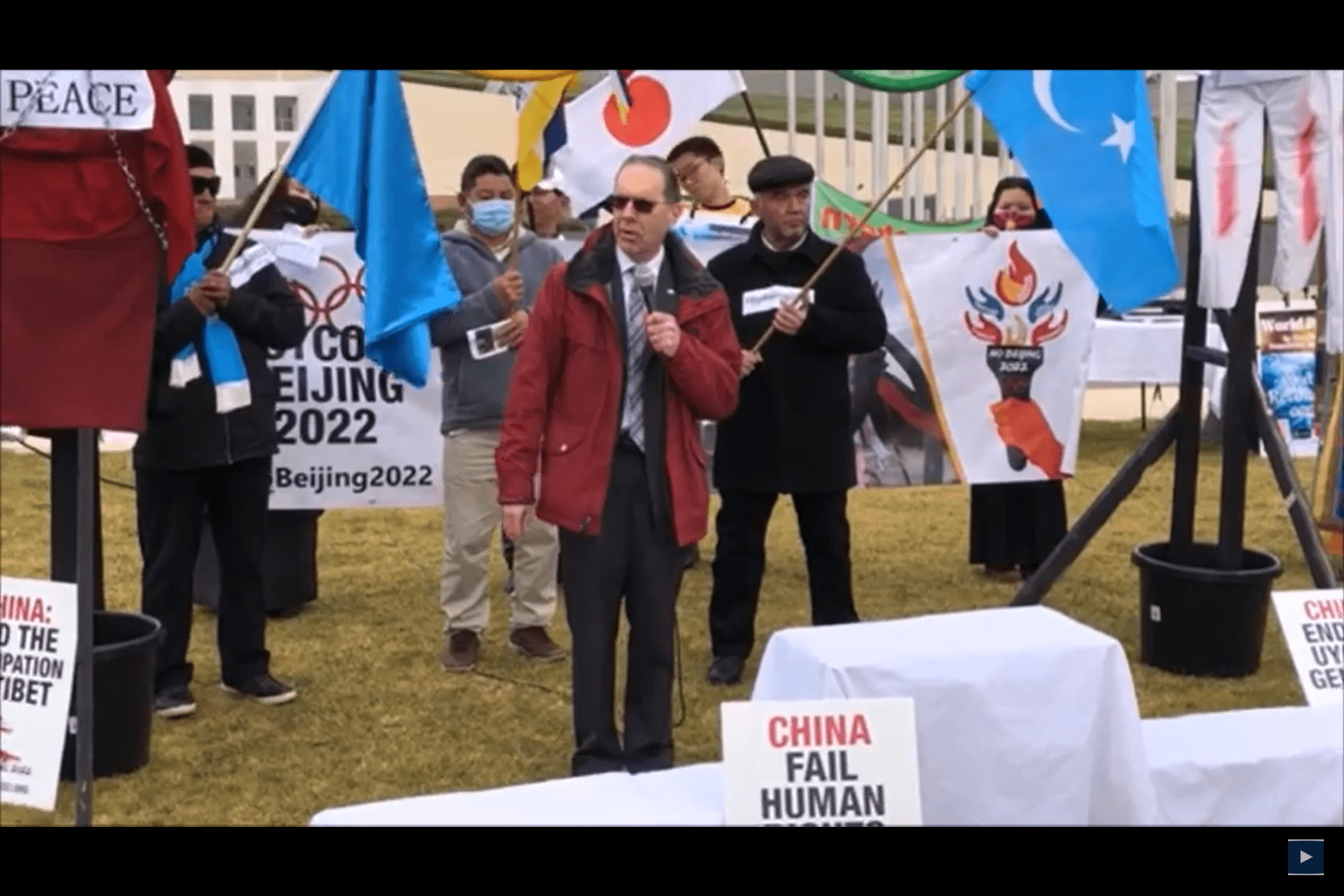 Antisemitism: The many faces & how we can turn the tide

Growing up with a grandmother who survived Auschwitz, I learned at a very young age where unchecked antisemitism can lead.

A few years ago, researching my genealogy, I created a family tree. It’s jarring to look at. Hundreds of branches all end prematurely in a short period in the 1940s.

My experiences aren’t unusual in our community, yet anytime I share them with a non-Jew, their blank expressions make clear how abnormal our situation is. Believe it or not, in Australia, it’s only Jewish 4-year-old children who need guards carrying guns protecting them at pre-school.

So much has been written about antisemitism, yet in 2022, this scourge is making a dramatic resurgence. (not that it ever disappeared, antisemites just temporarily felt the need to conceal their hatred)

Statistics from the ECAJ show an astronomical 35% increase in antisemitic incidents last year. However, we know the problem is severely underreported. I personally know many victims who haven’t come forward.

In the face of this challenge, I believe there are 5 lessons we need to internalise to turn the tide against the antisemites. 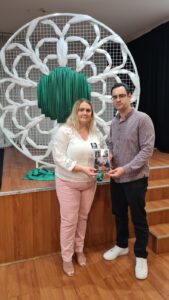 In my work for the Australian Jewish Association (AJA), I am on the frontlines in the battle against antisemitism. AJA members and the wider community come to AJA for help when facing antisemitism. Over the past year, we have confronted the whole gamut of antisemites, from advising about anti-vaxxers spouting anti-Jewish conspiracy theories to taking action against radical Muslims calling for the ‘necks of Jews’.

Antisemitism is malleable. When we are successful, we’re stereotyped as rich bankers who control the world, accused of having ‘white privilege’. When we’re poor, we’re labelled as dirty, disease-spreading outsiders, as undesirable foreigners, to those who aren’t desirous of importing a racial problem.

HONESTY: Have the uncomfortable conversations

From Indonesia to Bangladesh, hundreds of millions believe dreadful things about Jews without having ever met one.

Some say education is the answer.

Indeed, education has a role to play. Earlier this year, a report commissioned by the Gandel Foundation revealed large gaps in Australians’ knowledge of the Holocaust.

That led to AJA’s involvement with child Holocaust survivor Eddy Boas, who’s made it his mission to educate the next generation. AJA is proud to partner with Eddy in an upcoming event to record his story so that it can be used to educate children.

While education will help, I don’t believe this is a cure-all panacea. Antisemitism today has found a home on university campuses and in scholarly journals, the very abode of the supposedly well-educated.

To vanquish antisemitism, we need to have the uncomfortable conversations. Many of us have this image of the antisemite as a neo-Nazi skinhead. No doubt they exist and wherever they pop up they must be combatted vigorously, but they make up a minuscule proportion of Jew-haters. I’ve lived in many cities in the world and to this day, I’ve never even seen a skinhead in person. Inordinate community resources are expended combatting this minute number of extremists. While the goals are admirable, we must ask ourselves if this is the most effective use of community resources.

As someone who deals with antisemitism every single day, I‘ve come to realise that most antisemites consider themselves upstanding citizens. It’s an uncomfortable fact that the majority of antisemites I encounter on social media proudly display their gender pronouns and which Indigenous tribal land they are located on. They believe that signalling their virtues will indemnify them against allegations of Jew-hatred. No matter how uncomfortable, we need to have these honest discussions.

Too often we self-censor for fear of causing offence and this hinders the fight against antisemitism. We need to call out all antisemites equally.

As Jews, we are the descendants of those who suffered so greatly from Jew-hatred. We are the ones who face antisemitism now. Only we have the right to determine what antisemitism is. Many years of painstaking work by experts culminated in an internationally recognised definition, the International Holocaust Remembrance Alliance (IHRA) working definition of antisemitism. It has been adopted by dozens of countries and states. It has bi-partisan support federally and in Victoria and NSW. Most recently, AJA initiated its bi-partisan adoption in South Australia. Disgracefully the Greens opposed this important tool to fight hatred.

There has recently been a patronising push by non-Jews to impose their own definition of antisemitism on us. Nowhere is this more clearly illustrated than the University of Melbourne Student Union (UMSU), whose conduct was so out of line that it prompted a rebuke from their own university. Being called out as antisemites didn’t dissuade the radical students who this week came up with an even more antisemitic resolution. The UMSU even redefined Judaism for us, to explain how Zionism wasn’t a part of Judaism.  I typically refrain from using the woke buzzword, ‘privilege’, but nothing better captures the idea of a bunch of students in an Australian university passing motions about the lives of people in far-away conflict zones. They are oblivious to the impact they have on local Jewish students who must hide their identity in fear. 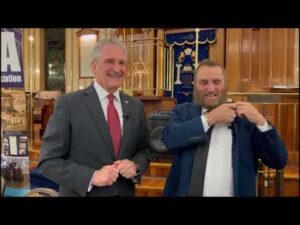 AJA has long advocated for the adoption of the IHRA definition. We believe that for it to be effective, educational institutions are one of the most important places to implement it. Adopting the IHRA Definition is the most powerful act of solidarity with their Jewish students that institutions like the University of Melbourne can take.

With an accepted definition we pull the rug out from under the haters. We mustn’t allow antisemites to hide behind labels. Antizionism, which denies the Jewish people’s connection and right to our homeland is antisemitism, plain and simple.

COLLABORATE: Put the lessons into practice by standing with the oppressed 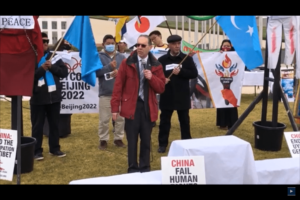 A final lesson that we, as Jews should internalise is the moral imperative we have to stand with the voiceless and oppressed. It’s why AJA President Dr David Adler has been the leading Jewish voice in Australia standing up for the Uyghur Muslims. It’s why I was proud to represent the Jewish community at commemorations for the Bosnian genocide, and it’s why AJA was honoured to host Ukraine’s Ambassador to Australia, introducing him to the Jewish Community at several events during his country’s moment of need.

Antisemitism is unique in its severity, tenacity and impact. Flippantly comparing it to other challenges is unwise. What distinguishes AJA from other communal organisations is that while we advocate for others, this will never compromise our principal mission, which is to advocate for our own community. My hope is that a united Jewish community, working together with our non-Jewish friends can begin to turn the tide and make antisemitism a relic of the past.

Keep an eye on Social Blueprint for our upcoming events on combatting antisemitism. 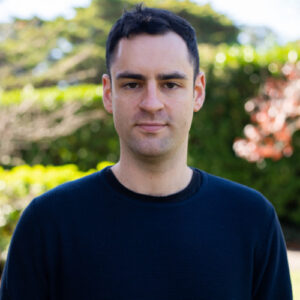 Robert Gregory is the Director of Public Affairs with the Australian Jewish Association (AJA). His background is in law and he has experience in legal education and politics. Robert is passionate about Zionism, Australian politics, and international affairs.