Greek Flavours by The Yiddish Paradox 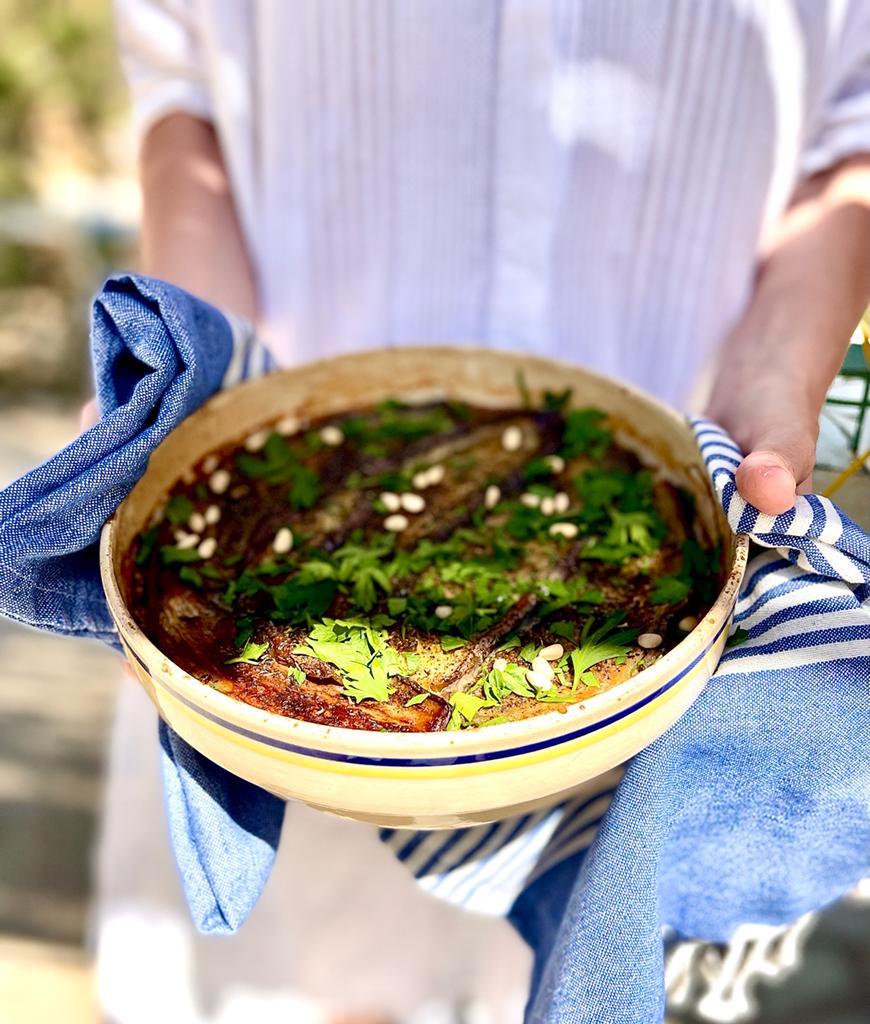 I was not raised in Judaism. In fact, until I met Raphael, I knew nothing about Jewish traditions. I just vaguely knew that my maternal grandmother was Jewish with Russian roots. This was not a subject we would bring up, and whenever we did, it only raised more questions.

Only after I learned about Jewish traditions, did I realize that my grandmother secretly kept kosher; she pretended to be a vegetarian… except for a little lamb. Or chicken. Or fish. And occasionally, beef (in fact, she would just avoid pork or shellfish).

She seemingly had a terrible lactose intolerance, which meant that my grandfather had to keep his cheese in the cellar -not the fridge- and she spread margarine instead of butter on her unpalatable cardboard -matzoh- bread (which is like spreading heresy on a sin for the average Frenchman).

My grandmother could also read and write Hebrew and was studying at the Rashi Institute, in Troyes, but she never talked about her Jewish roots. Nor did her mother, who was hiding to light the shabbat candles up and was instructed by her own mother to never keep the (now lost) menorah at the window…

So, even though I was always “told” I was Jewish, I never really knew what it meant until I met “real Jews” with bar mitzvahs, Jewish summer camp, and shabbat en famille.

Only then did I realize how “un-jew” I was, and as a result, anxiety struck, and my IBS flared up. 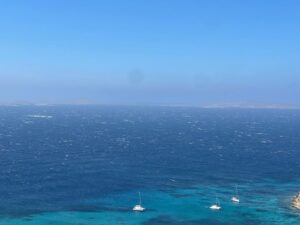 I believe my grandmother and my great-grandmother were like many Parisian Jews; being French mattered most, and they wanted to be part of the local bourgeoisie, rather than being associated with the Jewish community.

Meanwhile, I struggle with this heritage of secrecy and Jewish identity.

Am I still Jewish with all that catholic school upbringing? Do I qualify as a Jewess if I can’t find a Ketubah? Does God exist? Am I part of the chosen people, or have I been put aside? And more importantly: Is there such a thing as diluted Jews?

Anytime I meet another Jew, I can’t help thinking I can’t relate, or I don’t belong. And yet, there is something in me, almost indiscernible that was always there.

I have childhood memories of the women in my family -my mother, my aunt, my grandmother and I, meeting in Paris for lunch in Russian or Jewish restaurants. I remember feeling schmaltz herring and the smell of kasha being the cement that held us together. I can recall a silence filled with emotion at the sound of fiddle. And an even more inconspicuous longing of a long-lost Russia we never knew.

Here lie my Jewish roots; like a tenuous and fragile thread, maintained by silence, secrecy, and an atavistic inclination for anything fried in schmaltz. If nothing else, I have a Jewish stomach.

I cook Jewish food and recently started celebrating shabbat. But I still hear myself telling my children sometimes “We are Jewish. Even though there’s no need to mention it.”

I feel tremendous guilt in transmitting that fear. And with it, something even worse; the guilt of that transmission being cut. My four children are all boys and I’m the last woman of our secret Jewish line…

Anyway… This summer, like every summer, I packed my guilt and swimsuit for a vacation in Greece.

I recently found a copy of the elusive “Cookbook of the Jews of Greece” by Nicholas Stavroulakis, first published in 1986, and tried a few recipes. 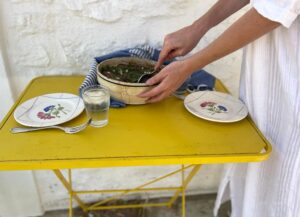 In Greece, like everywhere else in diaspora, Jews adopted the local food culture, only adapting it to follow the kashrut rules. The moussaka, the classic dish traditionally made of ground meat and dairy bechamel is no exception.

I first followed the instructions given in the book for the “Moussaka Izmir”, where raw meat is mixed with eggs before going in the oven. But just like the old polish recipes of the Yiddishkeit, these Romaniote and Sephardim recipes have been frozen in time almost 80 years ago: the result was a little bland, a little oily, a little too thick and needed an update.

So, my friend Yorgos came in for help: real moussaka should be thin. Forget the eggs, and cook the meat beforehand, instead, otherwise, the moussaka will taste like meatloaf. And for the topping, a mix of matzoh mehl (which we could not find on the island), olive oil and oregano… 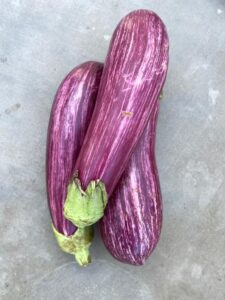 1 can of passata or pureed tomatoes

Slice thinly -but don’t peel- the aubergines and sprinkle them with salt before placing them in a colander for one hour. This will draw out moisture and prevent the dish to become soggy.

Meanwhile, fry the chopped onion in olive oil. When the onion is transluscent, add in the ground beef. When it’s almost cooked, add in the passata, a little oregano, salt, pepper and let it simmer gently for 10 to 15 minutes.

Next, rinse the aubergines in cold water to remove the salt and pat them dry before frying them in olive oil for a few seconds each side.

For the top layer, in a bowl, mix half a cup of matzoh meal with a teaspoon of oregano, salt, pepper and a little olive oil. Sprinkle on top of the aubergines and bake in the oven for about 30 minutes.

The result was delicious and light, just out of the oven, but we also had it cold the day after, and it was perfect for a hot Greek summer day….

Written by The Yiddish Paradox

All photos by Raphael Roger Levy